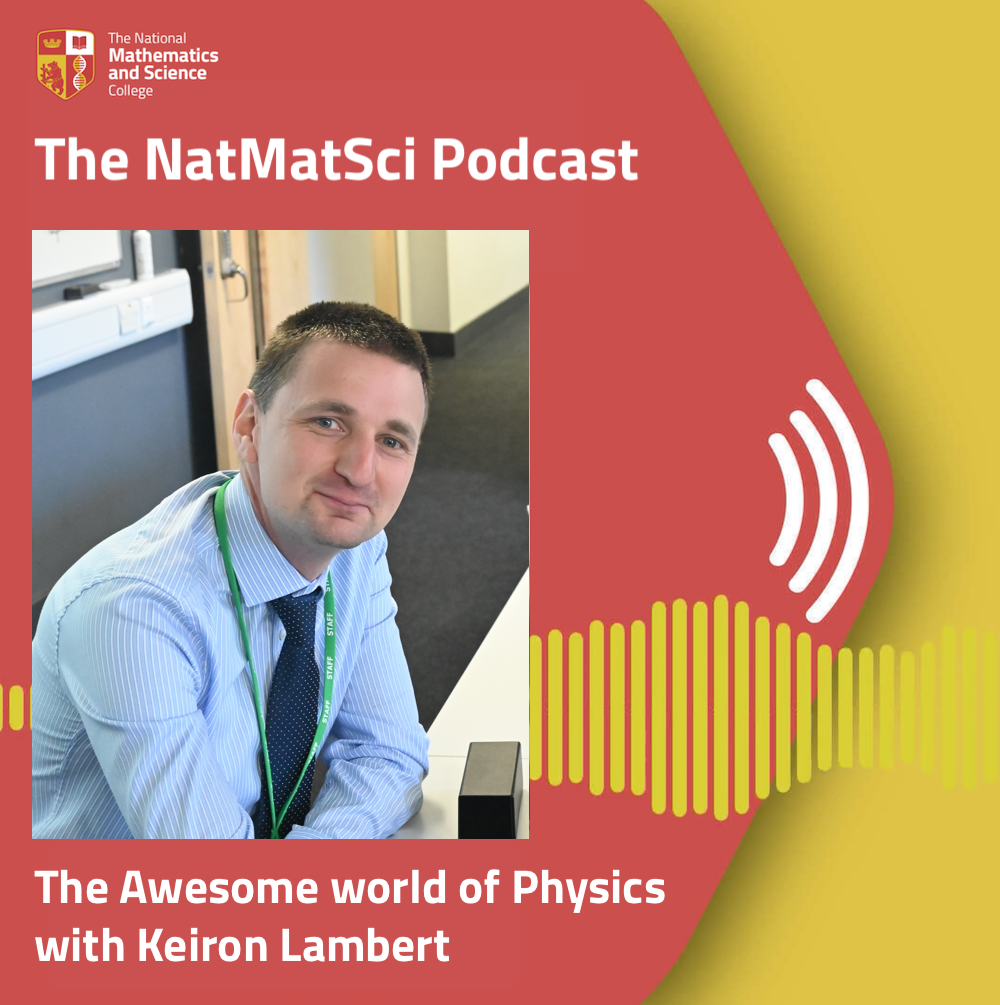 Keiran Lambert on his love of astrophysics, the moon Vs Mars, and more in our latest podcast!

Join Our Head of Physics, Keiran Lambert, for a chat on all things physics.

In our latest podcast we’re talking all things Physics with Kieran Lambert. Kieran explains how he got into teaching, what it is about physics that excites him so much, and the relationship between ethics and physics, and we also find out where he would most like to travel – the moon or Mars?

In terms of a particular interest within physics, I was always most interested in astrophysics, I know it’s, I suppose it’s quite common, really a lot of people when they’re growing up, like space, and all aspects of it, we’re very lucky nowadays to be in a period of very rapid growth.

And there’s all sorts of new developments happening, you know, trips are going on landing robots on Mars that was on the news just a few days ago, that they’ve been collecting new soil samples and things. It’s very exciting. But I was I was interested in that from a very early age and remain so. And that may be something to do with why our Pre A level Programme has got so much astrophysics in it.”

Our Physics department has achieved outstanding success this year: winning winning 3 Golds, 6 silver and 10 bronze medals at the British Physics Olympiad  and global success at the AATP Physics Bowl.

We regularly take part in competitions such as UK Space Design and attend masterclasses and conferences such as Birmingham University ”Condensed Matter Physics” and ”Physics in Action Day” at Warwick University.

We have been delighted that our students have gone on to study Engineering and Physics at Oxford and Cambridge. Find our more about studying A level Physics with us.